HJTEP accepts ages 6 - 18 years at any stage of development from first introduction to the game through advanced levels of play. Many participants stay with us for an average of between 5-10 years. Aspiring student-athletes advance through the tennis program by progressing though each level of play: Grassroots I & II; Futures & Intermediate; High Performance I & II, with the ultimate goal to be selected into The Tournament Team where they will have attained both high standards of play as well as high academic achievement.

HJTEP's metrics for success include maintaining 100% player retention while qualifying 36% of its players for tournament play and at least 13% of HJTEP athletes competing at the national level. The most advanced HJTEP players have also gained tournament experience at the international level.

Grassroots I is our beginners class. HJTEP's youngest (and generally smallest) students are first taught basic tennis skills using the larger, softer and slower tennis balls referred as the Red Ball on a 36-ft court. this enables them to see the ball clearly and diminishes any fears of the faster and higher bouncing balls.

They develop hand-eye coordination, balance and agility in a game-based setting as they begin to understand the game. Our coaches focus on preventing frustrations by keeping the game as simple and as enjoyable for this group as possible. Grassroots I meets twice weekly for a total of 3 hours total.

Grassroots II is our advanced-beginners group that begins to transition from the Red Ball to the Orange and Green Balls on courts that are 60-ft and 78-ft. They also play recreational games as they compete with each other. Their basic objectives continue to center around agility, balance and coordination while moving more into a level of skills needed for the next stage of play. Grassroots II meets twice a week for 3 hours total.

Futures (formally known as "Munchkins") generally consists of 12 to 15 students who have the skills to play on a more regular basis. Focusing on specific areas of their game, these players transition from purely recreational to a more competitive recreational play. They participate in tournaments with kids from other areas and begin to focus much more deeply in court manners and etiquette. The fitness focus remains on agility, balance, and coordination while also incorporating specific and more competitive tennis movements. Futures meet 3 times weekly for a total of 4 hours.

Intermediate Level group, usually 20-24 students, isn't age limited, but typically works with kids ages 11-14 who are still playing recreational tennis but trying to get into competitive play. The workload is more intense and expectations are higher. Physically, they are stronger than Futures but need more knowledge and skills for infrequent tournament play. The fitness emphasis is on agility, balance, coordination and tennis-specific movement. TDS meets Wednesday and Friday; plus Junior Team Tennis during winter/spring sessions.

High Performance Stage I (HPS I) admits about a dozen students to play competitive tennis only. They have developed beyond recreational play and are trying to achieve a USTA ranking/WTN rating to further their game, with a goal of winning college tennis scholarships. The basic fitness component is tennis-specific endurance, strength and conditioning training. In addition to training, HPS I players play a maximum of 2 tournaments per month.

High Performance Stage II (HPS II) group shares the same goals as HPS I but compete on an even higher level. Their goal is to win a scholarship at a NCAA Division I university. Division I schools include Ivy League Colleges, leading West Coat schools, traditionally Black colleges like Howard and Hampton University and nearby Fairleigh Dickinson and Fairfield University. The fitness focus is on agility, balance and coordination. HPS II students play a maximum of 2 tournaments per month to earn a ranking and have HJTEP program play 5 days a week.

The Tournament Team represents our top-level players aiming for higher academic and tennis achievement. This select group of high potential players, across all ages, demonstrate an ability and desire to pursue higher academic and tennis achievement. These players are held to a higher academic standard that includes community engagement and peer mentoring. Members of the team receive financial assistance for additional private coaching, HTJEP programming, tournament costs and more. Players train 4 days a week and compete in 24 tournaments per year.

* Scholarships are available based on financial need.

1,000 students served during school months and 300 students during the summer. 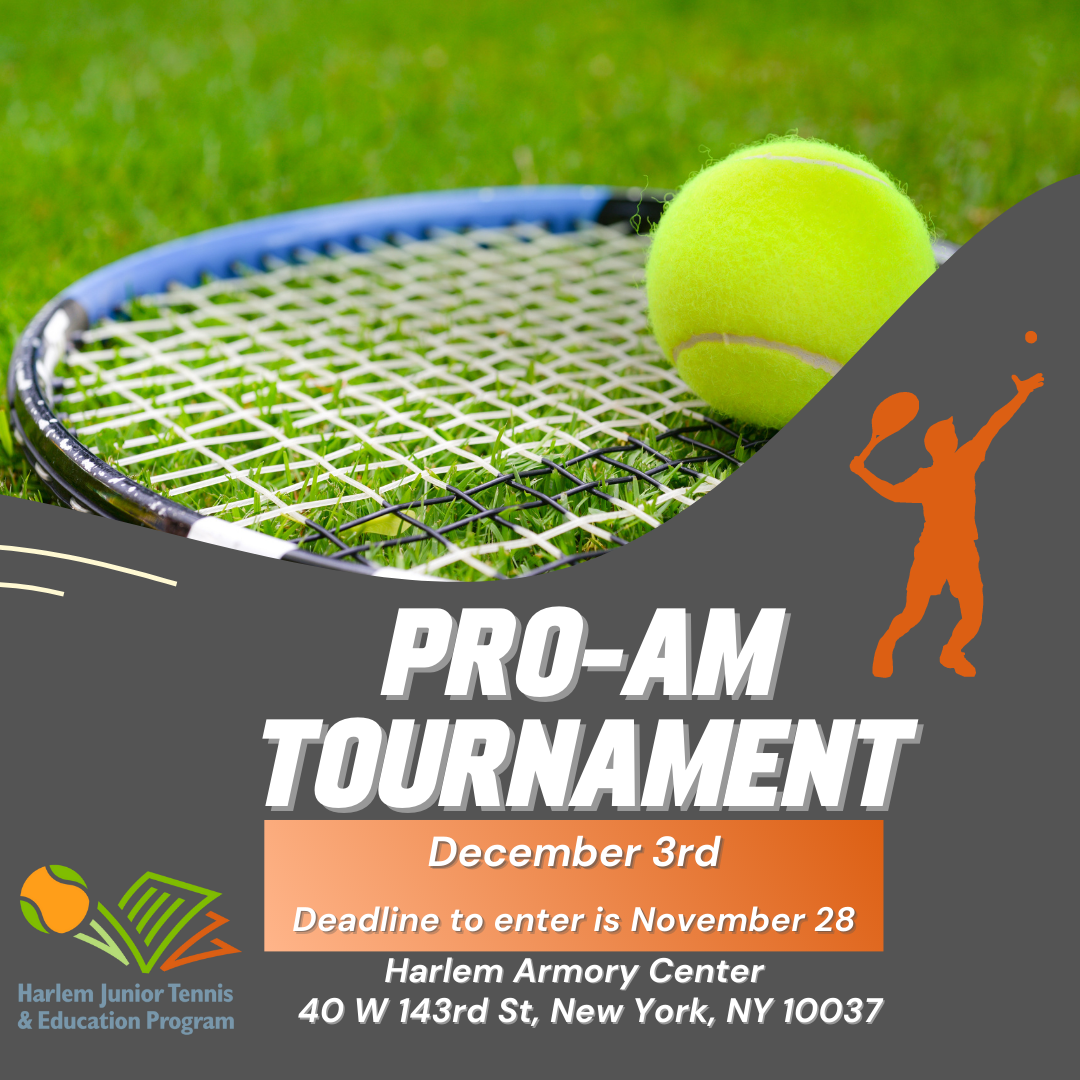